Composer of the Month: Timothy Raymond

Composer of the Month: Timothy Raymond 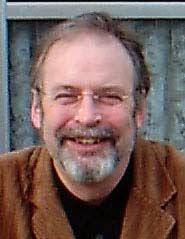 Timothy Raymond is the former Head of Composition and Contemporary Music at the Royal Welsh College of Music and Drama where he taught for 15 years. He has worked subsequently at the University of Aberdeen and at the Royal Conservatoire of Scotland. His music has been performed both in the UK and overseas and broadcast by the BBC National Orchestra of Wales. He is Director of Music – and Composer-in-Association - at the Priory Church of Bolton Abbey

Timothy Raymond’s Memorare will receive its first performance by La Mer Trio at the next Late Music concert on Saturday 3rd May.

Steve Crowther: Can you describe the work to us?

Timothy Raymond: It takes its cue from a prayer addressed to ‘Our Lady of Consolation’, which – like a number of Marian prayers – evokes ideas connected with escape and protection. The music is dominated by rapid changes of mood from ‘agitated’ to ‘suddenly calm’. Sequences which appear to be moving forward are suddenly arrested and replaced by music of stillness and delicacy, underpinned by atmospheric harp writing. The second ‘half’ of the piece includes the development of several tonal/modal elements which emerge only sporadically in the first, and is characterized by a recurring dance-like passage (viola), briefly suggesting a mediaeval connection. Other passages include an intense, sustained and still chorale followed by a complex canon in which the three instruments attain complete musical equality. The music sort of evaporates at the end as the closing bars reflect the upward flight of the opening, but purged of its anxiety. The flute is associated – though not solely, by any means – with this latter element.

TR: I don’t use the piano at all during the initial notating of musical ideas and I only use it as a check to the ear at an advanced level of the composing process. I’m a relatively fluent pianist and can improvise – both skills that I’m keen to dissociate completely from my composing, where musical thought, its structuring and symbolic representation is, for me, the key to a degree of control and precision which would otherwise be unavailable. The traditional nomenclature and identification in harmony and counterpoint of ‘voices’ with ‘lines’ remains supremely relevant and continues to be a creative spur. It colours my approach to writing for instruments.
The ‘process’ might best be described as ‘empirical’ rather than ‘methodical’. It is methodical in certain respects but it is deliberately ramshackle. It’s also seamless and osmotic and has become increasingly sculptural (with sound as the matter to be shaped) and only partially follows notions of beginning, middle and end. Those notions do emerge (from the block, as it were). I have become committed to creating closed forms characterized by organic connections between the parts.
An initial stage of research involved ideas suggested by the prayer, continuing with an investigation of related symbolism and plainchant. That was completed by an amassing of musical ideas and material and a full consideration of instrumental resources and the musical figuration appropriate to them, including selective study of repertoire (the Debussy Sonata is inescapable). A partial mapping of a musical world is followed by the planning of a journey through it, the end result of that process being the closed form to which I referred. Only at that point do the concepts of beginning, middle and end become palpable (I recall that the beginning changed several times and was only finalized towards the end of my work on the piece). Matters of musical taste are, needless to say, a constant factor. One question I ask has become something of an obsession for me after I proposed it to composition students at the Royal Conservatoire of Scotland this year: What is the difference between a musical convention and a cliché? Or perhaps: When – or under what circumstances – does a convention become a cliché? I don’t claim to have answered that but it does make me think.

TR: Very important for me. Composition tends to be an appropriately isolated activity. It benefits immensely from the empirical and practical input of performers at any and at all stages. If, as is the case here, you don’t know them personally, then your knowledge of the instruments, their capabilities and limitations, is all that you can go on. I always invite performers to respond to a score and to make any suggestions which they feel would aid the performance and improve the score’s effectiveness. I’m always keen to acknowledge any such collaboration.
Whilst I acknowledge that musical composition can be linked or even equated with research, adventure and discovery (whatever we individually understand by those words), throughout all the stages of sketching leading to the production of the score, I can only ‘put pen to paper’ (so to speak) when I have as clear an idea of the sound in my inner ear as I can imagine, including as precise a sense of pitch (harmony) and rhythm as I can muster.

TR: I approach the composition of a new piece as an imaginative/musical adventure as far as possible peculiar to that piece alone. I don’t regard stylistic consistency from piece to piece as an ideal but, that said, it’s obvious (to me, at least) that certain characteristics have remained constant in my work: a concern with harmonic consistency together with full integration and inter-reliance of all the compositional parameters both in controlled flow and direct contrast of ideas. This is informed by the conviction that systems don’t guarantee any interest whatsoever and that on no account should they be allowed to inhibit fantasy and imagination. I have an abiding interest in the necessity of anarchy in all walks of life (if you can negotiate the fundamental paradox). I don’t believe that music has to be anything at all. The moment someone pontificates that music has to contain this, that or the other in order to be significant, it’s in my nature to try very hard to exclude that ‘this’, ‘that’ or ‘other’ from my next piece! However, I have to say that for certain types of musical expression and certain types of musical discourse to become viable, hierarchies of values need to be established amongst the elements of the composer’s musical meta-language.
In most of the music I’ve written lately, there’s a sense of a musical spectrum or a network of relationships which incorporate a significant spread of tonal resources (including the post-tonal. Our vocabulary fails us here – we don’t yet have the words (the most useless is ‘atonal’, which is misleading and almost always untrue)). I also recognise a similar range of rhythmic resources, from free to strict, from additive to metrical or whatever. As I get older, I’m more and more convinced that it’s important to try to do something different. Not to rewrite the same piece.

TR: I’m absolutely fascinated and enthralled by composing. It’s the only thing I think I can do which I believe defines me as a worker. I like solitude. Composing’s an act, like playing an instrument, a performance which you need to develop skills – technique – to bring off. It isn’t (for me, at least) a branch of academe or a set of tricks or dodges but a very satisfying form of thought in action – one which doesn’t mean anything in a strictly linguistic sense but one which I think we’d be poorer without. It’s capable of many types of power and expression ‘[w]hereof one cannot speak…’. Again, I can only say that, for me, there’s been no better adventure.

TR: I find it hard to identify with anybody now – least of all my self. I just want to do something ‘different’ now. Most composers I could identify as influences are dead – some of them have died recently. And I now tend to look further back for reading/listening, though I’ll also listen with interest and enthusiasm to things that seem to be at an extreme edge. That’s a trait I acquired from my teacher – composer, John Lambert (1926-1995)). I like Edwin Roxburgh and Hans Abrahamsen. I’m interested in Julian Anderson and Paul Archbold and in the work of some of the post-spectralists such as the Belgian composer, Luc Brawaeys. I’ve heard one or two impressive recent pieces by German composers, Enno Poppe and Georg Friedrich Haas. I’m sure I’ve missed some or other key figure (so important to me that I’ve forgotten them altogether). One or two of the real Oldies are still alive: Boulez and Nørgård (to name two people as alike as chalk and cheese). I’ve mentioned Reich in the past as the only one of the minimalist and post-minimalist generation whose music held any interest for me, but nothing much later than the mid-1980s - in fact, nothing since his baseball cap became inseparable from his head.

TR: Charles Ives, simply because you probably could have had a beer and a chat with him. And you could probably avoid talking about music with him too, if you wanted. He remains one of my very favourite composers.

TR: This is hard (because I can’t get many composers mentioned above or Sibelius 5, Bartok’s 4th Quartet, Varèse (anything) or Berg Wozzeck or really anything much in there). (See what I did?) But I love being pretentious as you can tell, so here goes:
1) something from the Netherlands polyphonists: let’s say Obrecht, Missa Maria Zart, primarily because it’s beautiful and then, because its structural complexities are so fascinating and absorbing; 2) J.S. Bach – almost anything, but the B Minor Mass will certainly do; 3) Wagner, Götterdämmerung; 4) Brahms, 4th Symphony; 5) Fauré, 2nd Piano Quintet in C minor; 6) Dutilleux, Métaboles; 7) Ohana, 2nd String Quartet; 8) Carter, Duo (for violin and piano).
First choice (er…….): Fauré, 2nd Piano Quintet in C minor because of its profound beauty; the first movement’s journey into blinding light; its modernity, subtlety and poignant expressivity.

TR: : A massive, well-stocked wine cellar containing good French reds for the most part (though I wouldn’t say no to a few hundred assorted Belgian beers too) and a bottle-opener.
Posted by Late Music at 11:27