Composer of the month: Valerie Pearson 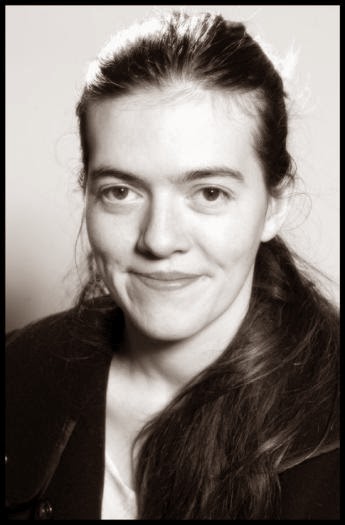 Valerie is a composer, improviser and violinist. She read music at King’s College London, studying composition with Rob Keeley and Harrison Birtwistle and came to York University to complete a Masters degree and PhD in composition with Bill Brooks and Nicloa LeFanu, funded by the AHRC. She lives in York where she teaches the violin and runs Club Integral North. Valerie Pearson’s New Work will be premiered by pianist Mark Hutchinson at the next Late Music concert, Saturday 7th June at 7.30pm
Steve Crowther: Can you describe the work to us?

Valerie Pearson: It deals with Macbeth. In particular, the overwhelming, pervading guilt that gradually takes over his psychology, and also his position of zugzwang.
Zugzwang has been coined as a chess term describing a situation where a player must make a move, but every option to move weakens their position. Zugzwang is, therefore, a weak position that the player is responsible for having created.
After killing King Duncan Macbeth realises that if he does nothing he may be found guilty, but each move that may prevent his denouement unravels further problems. Accompanying this worsening series of moves, which lead to the murder of beloved friends and civil war, is Macbeth and Lady Macbeth’s growing psychological demise. This is fuelled by overwhelming feelings of guilt and paranoia, and starts to take the form of uncontrollable mad behaviour that may betray them.
When I was first considering these themes of Macbeth, musical ideas came to mind immediately; I knew that there had to be a particular ‘sound’ that represented Macbeth’s guilt and paranoia that could slowly infect the piece. I didn’t want to ‘prepare’ the piano so I used a technique that involves striking and immediately releasing the keys of cluster of notes and catching the resonances of the harmonics with the sustain pedal. The result is a faint ethereal glow of sound that can be used to ‘infect’ or ‘taint’ conventionally played notes. I also use the extremely high notes of the piano in a musical motive of disruption. I quickly discovered how one musical idea could be trapped and infected by another should it be ‘allowed’ in and I began to see how some elements of the zugzwang position may be realised musically.
At the start of the piece we hear the main theme made up of clear phrases. It turns out that there are weak spots in this material where we can hear the disruptive musical elements find a way in. The piece charts the gradual infection and demise of the main theme by these other musical ideas.

VP: I can’t write at the piano in the sense that I play through my piece as I write it because I can’t play the piano. I can check sounds and chords but that’s about it in terms of being able to reproduce fixed music. I really enjoy improvising and do this a lot to generate ideas or try to realise things I have in my head. I perform as an improviser on violin and this is inextricably linked to my composition work. I improvise because I need to hear my ideas instantly in order to grow as a composer. I have learnt so much about pacing and how to develop ideas - what grabs the ears’ attention and how to keep that attention. Real time is a difficult thing to handle when you are composing.
I can’t compose a piece of music starting at the beginning and continuing chronologically. I have to have the piece planned and structured in my head before I get down to writing it out. The musical ideas have life and flexibility in my head whereas once they are written down they can get tied to that particular version of their existence. I am a cataloguer of ideas and like to play with different little combinations in my head or work out many versions of the same idea. The cataloguing of ideas is a security blanket and I wish I could grow out of it. It is safe to have those ideas there but I know, deep down, they are fetters.
In my life as a composer there is ‘general cover’ composing - coming up with ideas and playing around with things. There are three important stages to finishing a piece.  The first is to be ‘broken’. I have no clue how this eventually happens, but I only get anything done once I’m able to mentally shut out all the obligations and duties of real life. Stage two is to have a moment of crisis. Stage three incorporates stage two and is the moment when I realise that the piece doesn’t flow and it noodles all over the place. The stuff I’ve been meticulously crafting for weeks is the problem and needs to be cut and I come up with the most simple and obvious idea in about two minutes, because that’s all the time I’ve got left, and this turns out to be the most effective idea in the final piece.

VP: There is always a practical provision for a work’s development and this one lent itself to me presenting Mark with a fully notated score of my conception. Knowing Mark allowed me to be confident about writing certain things knowing they suited his style of playing. As I hope the piece will have a life after the premiere with other performers it is an interesting question.

VP: My individual sound world is still developing. After trying to make every piece as different as possible I have, in the last five years, been nurturing a tendency to write fast paced collage with an emphasis on fluid metres. I also explore the relationship of pitch verses sound and harmony verses timbre and strive to make notes produce interesting timbres rather than relying on extended techniques. I’d like to try to make my music sound a bit lighter in places.

VP: When I was a child, before I had any music lessons, I wanted to know how people managed to put the notes in an order that sounded right and I wondered how many possibilities there were and whether they had already all been used. Every time I tried to make up a song it sounded like something I knew. My grandmother had a pedal bellow organ/harmonium, which I would spend hours playing, trying to make up a tune and a way to make a convincing ending. I spent hours doing this because I couldn’t ever make the music sound like it had finished.

VP: There are so many. Kurtàg has always been of great importance to me and although I knew his work before, I just couldn’t get enough of him between 2000 and 2004 when the ECM recordings came out.

VP: J.S. Bach, so that I could ask him what music he liked to listen to when he was alive. I’d like to fill the pub with composers, but to choose a few: Varèse, Nancarrow, Sibelius, Stockhausen, Feldman. These guys aren’t going to say they need to head off when its closing time.

VP: A l'Ile de Gorée by Iannis Xenakis is my absolute favourite piece of music and is probably the only one I really couldn’t live without.
Wozzek by Alban Berg
Orchestral Set no.2 by Charles Ives
The Queen’s Suite by Duke Ellington
Piano Concerto by György Ligeti
String Quartet by Conlon Nancarrow
St Matthew Passion by J. S. Bach
To balance the epic nature of a whole opera, which I think is allowed, can I make a special mix tape of short songs as one choice?
Bundle by The Kenny Process Team, Mutual Core and Come to Me by Björk and Look Away by Deerhoof
SC: …and a book?

VP: I really like Paul Auster’s New York Trilogy and Morton Feldman’s Give My Regards to Eight Street but if I could take the particular book that I own I think I have to choose E. E. Cummings’ Selected Poems 1923-58.

VP: The Big Lebowski by the Coen Brothers is the one I could watch over and over. La Strada by Fellini is so good as is Inland Empire by David Lynch.

VP: A cafetiere with an endless supply of coffee. Or a Korg Micro sampler – I’ve never managed to use one yet.
Posted by Late Music at 11:50 1 comment: