Composer of the month: Julian Broughton 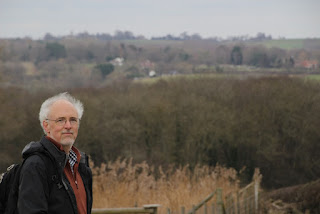 Ten New Debussys on the BBC

Saturday 1st September saw the culmination of the 'Ten New Debussys' project. Pianist James Willshire performed ten premieres, each of which took us on a journey from a piano piece by Debussy into the composer's unique sound-world. In the same week, the project featured in two BBC broadcasts.

The programme is available to listen to at the link below until 28th September. The 'Ten New Debussys' feature starts at 34'50'' with the Debussy performance first, continuing with discussion at 38’44”, and finishing with the LeFanu performance at 44'15".


Errollyn Wallen appeared on BBC 2's Proms Extra programme on Saturday 1st September. At 2'26", Errollyn talks about the 'Ten New Debussys' project, and later on discusses Bernstein, Bach, Ravel, and more. The episode is available to watch on BBC iPlayer until 30th September.

Many thanks to Errollyn, James and the BBC for these, and special thanks to all the project composers for their great pieces: Jia Chai, Robin Holloway, David Lancaster, Nicola LeFanu, Ailís Ní Ríain, Michael Parkin, Lynne Plowman, David Power, Thomas Simaku, and Errollyn Wallen.