Bowie Berlin and Beyond 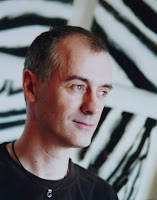 I first heard of David Bowie almost as soon as I first got into rock music in the early 70’s. In those days I only knew his singles such as Drive-in Saturday, The Laughing Gnome, Sorrow, Diamond Dogs and Knock on Wood. On the basis of these, he seemed all over the place!

A few years later, I got to know a small group of Bowie nuts who were centered around a charismatic character who called himself Ziggy Heroe. Ziggy was quite something. He walked, talked, dressed and acted like Bowie. It was remarkable. He did good gigs too in which he performed Bowie’s songs and, in due course, started to introduce his own material which was impressive enough.

Anyhow, it was through Ziggy and his friends that I first heard Bowie’s albums and these totally changed my view of him. In particular the extended electronic instrumental tone poems he wrote – partly with Eno – during his Berlin period made a very strong impression on me. As a 15 year old I had never heard anything like these before. I wanted more.

I started by following up on Eno himself– as well as his own ambient albums, he had also persuaded his record company to let him set up his own label – Obscure Records – and this he devoted largely to the English experimental school. It released recordings of works by Bryars, Nyman, John White, John Cage and John Adams amongst others. Bowie and Eno had also drawn on the German Krautrock scene and I followed that up too. A name that kept on coming up was Stockhausen .  .  .

I won’t go on. Suffice to say, for me this was the gateway into contemporary classical music. Cut to many years later and I am running a small contemporary music festival in Lincolnshire – the Grimsby St Hughs Festival. It occurred to me that if Bowie and Eno’s Berlin work could act as a gateway for me, maybe it could do so for others too. I got in touch with the Deltas and asked them to do a concert of some arrangements I had done of some of Bowie’s instrumentals from his album Low alongside music by Glass, Nyman and Bryars. It was a great concert – the large audience loved the Bowie inspired mix of music which the Deltas embraced brilliantly. We seemed to be onto something. The Deltas themselves then picked up the baton, doing further work and commissioning further arrangements from others. The end result is the March 2018 Late Music Concert by the Deltas. This concert will also be the launch of their CD – Bowie, Berlin and Beyond on Trevor Taylor’s eclectic FMR label – a label which very much mirrors the ethos of Eno’s Obscure Records. We seem to have come full circle.

As for Ziggy, he was never to have a hit of his own but he did get his own deserved slice of immortality in the late 1990’s when Harland Miller made him the central character of his novel Slow Down Arthur, Stick to Thirty. It is an evocative book that accurately captures Ziggy in particular and the York late 1970’s rock scene in general. Well worth checking out.

David Power.
Posted by Late Music at 09:24 No comments: