Craig Vear works with found sounds, making compositions using computers that allow the individual sounds to be free. His compositions generally concentrate on a time and location, journeying along channels of memory and imagination expressing the continuity and fluidity of thought.

In 1997 he co-founded the pop group Cousteau, which made 300,000 sales worldwide and gained a gold disc; as part of the duo ev2 he has been working with improvisation since 1992. During 2003-4 he held the Arts Council England Fellowship with the British Antarctic Survey, which resulted in a large-scale composition created from field recordings. In 2006 Play: Antarctica was commissioned about these experiences. He is currently a Senior Lecturer at De Montfort University. 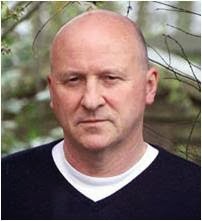 Craig Vear’s Three Last Letters (In Memoriam of Cpt Scott, Dr Wilson and Lt Bowers will be performed at the next LM concert on Saturday 1st March, alongside the premiere of a Late Music commission by Gavin Bryars.
Steve Crowther: Can you describe your work to us?
Gavin Bryars: It's a short trio for bass clarinet, electric guitar and cello, written for three musicians, who I know, whom I like personally and whose work I admire. I've based the piece on reminiscences of trio vocal laude, allied to a sort of homage to the recently deceased Fred Katz who, unlike almost all other jazz cellists, did not step down from the double bass. This reference appears in the short interludes between the mains sections of the piece.
Craig Vear: I describe works of this nature as ‘Plays for Musicians’ in so far as there is a central dramaturgical form that is played out through music. In this case it reimagines the final moments in the mind of Capt Scott as he awaits his death, alone, in a tent in Antarctica. The piece was commissioned by Vale of Glamorgan Festival 2012. The ensemble comprises several groupings of musical forces that are in 3: each alluding to a relationship with the 3 men in the tent: Capt Scot, Dr Wilson and Lt Bowers. The human trios comprise 3 voices, who in themselves do not directly link with the three men, but rather identify certain characteristics shared by all three. These 3 voices work with 3 instruments which again allude to other characteristics. Each are guided through the piece by 3 networked laptops, who are in constant discussion about the ongoing generative visual scores and soundscapes. On a poetic level, the soundscape also features a pre-recorded ghost string trio, which represents the three women whom were the intended recipients our heroes’ last letters.

SC: Do you write at the piano, do you pre-plan? Can you describe the compositional process?
GB: I don't write at the piano and have always worked with pencil and paper - and for the last 32 years with the same make of pencil. I have an electric keyboard, a Korg M1 to the left of my writing desk, set on the internal string setting (number 27) that I use to check that what I am writing is indeed what I think it is...

CV: No – all the composing for this work was conceptual, and relied on a balance of materials and speculations about the nature of the death of the central characters. This is a similar process to all my other pieces. Through this, the drawing together of the found materials, the computer programming and the devising process with the live musicians, work towards the imagined theatre-in-the-mind of the work.

SC: Is it important to know the performers? Do you write with a sound in mind?
GB: I prefer to know the performers wherever possible and for that reason have maintained my own ensemble for many years. Roger Heaton has been with my ensemble since 1986, James Woodrow since 1993, and Audrey Riley has performed Biped, the score I wrote for Merce Cunningham, with James and with me for the last 12 years or so as well as playing with my ensemble more and more in recent years. I have their individual and collective sounds in mind when I write for them, as indeed I do when I write for musicians I don't know personally.
CV: Yes – this piece was created specifically for these performers.

SC: How would you describe your individual ‘sound world’?
GB: I don't think I can.
CV: It depends very much on the focus of the composition. For example, Audrey Riley has commissioned a hypermedia concerto for cello and digital technologies, and is based on Boris Vian’s Blues for a Black Cat. The sound world (if that's what we are to call it) of each movement is an imaginary romp around each short story, whilst the whole concerto, has another flavour derived from all 10 movements.

SC: What motivates you to compose?
GB: It's what I do, and it's what I can do well. I relish the opportunity to perform music, which I see as a supremely important social activity, and writing it can make that happen.
CV: To create work that I have never heard before.

SC: Which living composers do you identify with or simply admire?
GB: I don't identify with any composer and there are none who I admire without reservation. Arvo Pärt is a good friend and I like a lot of his work, though not all of it. I have always loved the work of Carla Bley, another friend, whose work is uneven but at its best extraordinary.
CV: I’m not sure that I do, however, I have several who have remained a presence within my ‘committee’ (the incessant self-reflection and doubt in the voices of my mind). Among this committee is Gavin, whom I have known for several decades, and whose careful guidance through my undergraduate studies introduced me to jazz (especially Steve Lacy, Bill Evans, Jackie McLean, Eric Dolphy and many others), and to experimental music (especially Cage, Feldman, Satie, and his own work). Another permanent member is Jonathan Eato (music lecturer at the University of York), who I first met whilst an undergraduate. It is, and remains his open, caring, honest, probing, supportive, encouraging, and creative friendship that has provided the greatest sustenance to my music.

SC: If you could have a beer and a chat with any composer from the past, who would it be and why?
GB: Does it have to be beer? If it were beer it would be Richard Strauss who has written some sublime music and whose craft is peerless. I have found myself working a lot in Munich in the last couple of years and maybe beer would fit that environment. If I'm allowed to have a glass or two of wine instead then it would be Gesualdo, perhaps along with Philip Heseltine, and perhaps the wine might allow some access into their complex thought processes. I'd love to spend time with Liszt, perhaps the most generous of composers, but maybe that would not involve alcohol...
CV: Does it have to be a composer? I’d rather pick Duchamp’s brains over a beer, or maybe accept an offer for a game of chess.

SC: Now for some desert island discery – please name eight pieces of music you could not be without, and then select just one.
GB: I did record Desert Island Discs in 1998 and so those choices are on record, though I'm not sure that all of them would be completely indispensible. Eight pieces now could be:
Wagner, Parsifal; Strauss, Metamorphosen; Bill Evans, My Foolish Heart (1961 Village Vanguard); Tiny Tim, Tiptoe through the Tulips; Bach, Goldberg Variations; Eric Dolphy, God Bless the Child; Silvestrov, Diptychon; The Who, Pinball Wizard
The Bill Evans and the Wagner were included on my Desert Island Discs.
CV: Sorry to disappoint, but this has changed several times over as many days, and I am going for a cop-out. So long as the tracks are truthful, and meaningful, I don’t mind.

SC: … and a luxury item?
GB: An oyster schucker.


CV: Having been deprived of all luxuries during my 3 months residency in Antarctica, I craved 2 things: fresh Broccoli and a warm shower. How about a warm broccoli shower? I’ll let you decide what that looks like.
Posted by Late Music at 13:22