There had been so many reports of Peter Maxwell Davies’s illnesses in recent years that the news of his death yesterday should not have come as a surprise. Yet somehow he always seemed immutable; a figure one thought would always be there. 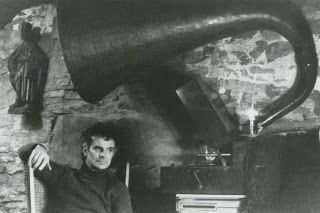 From the age of fifteen or so his music provided many landmarks in my life. Hearing a broadcast of St Thomas Wake in 1973 was my first real experience (that I could relate to) of contemporary music. Eight Songs for a Mad King from the 1975 Proms provided a frisson of teenage rebellion against more established musical norms and the first broadcast of his opera The Martyrdom of St Magnus from the 1977 St Magnus Festival was a revelation. The money I received for my twenty-first birthday was spent on the newly published score of his First Symphony, which then felt at the very cutting edge of contemporary music. Early performances of The Lighthouse and the Second and Third Symphonies were red letter days and I devoted a large part of my MA studies to the music of his early years. I travelled to the National Sound Archive to hear a tape of the notorious 1969 premiere of Worldes Blis at a time when it was the only way to hear it and was thrilled when the Royal Opera revived Taverner in 1983.

Broadcasts and recordings were important ways of keeping up with Max's work, but some of the deepest musical experiences came with hearing his own performing group, The Fires of London, live. Concerts they gave at Cardiff University in March 1978 and at the Vale of Glamorgan Festival later that year were opportunities to experience the almost physical impact of new pieces inspired by the land and seascapes of the Orkneys where he set up home in the mid-1970s, The Hymn to St Magnus and Ave Maris Stella made a particular impression as did the presence of Max's conducting. Orkney became a place of pilgrimage resulting in a visit in 1981. 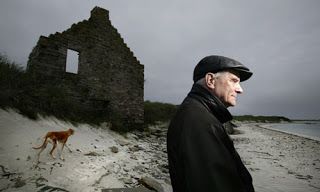 In 1983 and '84 I sat in on his classes at Dartington and encountered an analytical and compositional rigour that was revelatory. Students turned up at 9am for four hours of analysis and were then sent away for the afternoon to write a small piece based on structural ideas that emerged during the morning classes – score and parts to be ready for performance by 4pm! A lot of the music I wrote at that time was based on the techniques I picked up by studying his music and the structural principles he taught in his own classes. The floor of my work room was covered in magic squares and many of my scores tried hard to imitate the atmosphere of Worldes Blis, the Second Taverner Fantasia or great slow third movement of the First Symphony.

There were later performances that recaptured something of that early excitement: WNO’s premiere of the Doctor of Mydfai in 1996 was one such occasion, especially when Simon Rees asked me to interview Max for the programme book at Judy Arnold’s home in London. Inevitably, I suffered a reaction against the music and still feel that there was a dropping off in intensity and quality of the later music after the Violin Concerto of 1986. But it is also possible, once that initial love affair was broken, that I was incapable of finding my way into that world again. I hope I might change my mind in the future. But there is much to be grateful for: the music certainly, but also the man himself who was endlessly fascinating and a real beacon to young composers in terms of support, applying rigour to one’s craft and celebrating the sheer adventure of composing. Many thanks Max.